It’s gotta be fuckin just be KILLIN Semdog that Ovi got that Cup and went on an absolute tear celebratin it. Semin what the hell happened to you man? You put up some serious points playin in Washington. Jesus man. You’re lookin like a worn out dude who’s gone through at least two mid life crisis and you’re fuckin like 34. 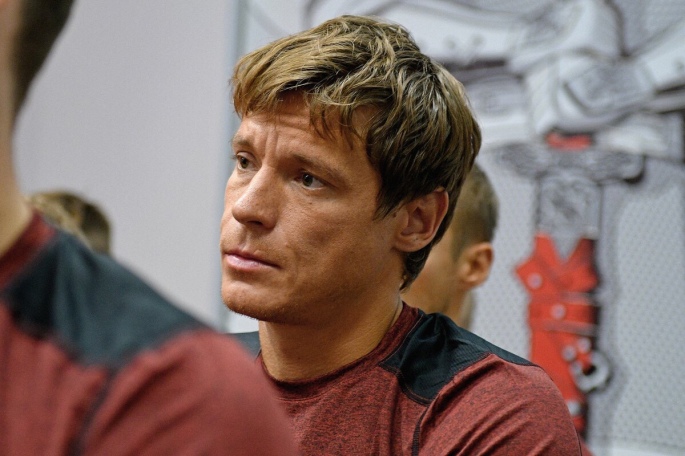 I’ve been trying to pin it down for a while now who you look like and it’s Thomas Haden Church.

Your NHL career fell about as flat as Spider-Man 3 did. That goddamn scene of Emo-Pete and dancing around in the street. Incase you all forgot it was this absurdly bad moment in time nobody can ever get back:

That third Spider-Man movie easily one of the worst films I’ve ever seen in my entire life and everybody knows I’ve seen a lot of cinema. I’ve been quotin shit since I was 4. I was ahead of the curve then. I saw Showdown in Little Tokyo in 1995. I was 5.

Two weeks after winning the Stanley Cup with the Washington Capitals, Trotz gives the organization his resignation as head coach and was then deemed a free agent.

Insert New York Islanders. Lou Lamoriello is hired, comes in and gets rid of the garbage in Garth Snow and fires Doug Weight. With the NHL draft approaching and in need of a coach Lou wastes no time and calls up Barry now that he’s available.

After the two met and gave it a couple of days for everyone to speculate, the announcement was made a day before the 2018 NHL Draft. Trotz agreed to a five year deal doubling what his previous salary was in Washington.

Is this enough to entice John Tavares to sign that eight year extension? Time will tell.

Before the Washington Capitals signed Richards to a one-year deal last month, he had essentially been exiled from professional hockey for nine months. He knew he needed to keep skating to stay in shape for a probably return, so he got creative.

Two nights a week, the two-time Stanley Cup champion would go to the Kenora Recreation Centre on 18 Mike Richards Way and suit up for the Kenora Kings, his brothers’ team in the local beer league. He played defense, silenced trash talk with seven-goal performances and occasionally got grumpy requests to slow down.

That seriously better have been the best beer league team on the planet for Mike to land a deal with the hottest team in the league. You would’ve thought with how shit went down he’d hire like Dolph Lundgren to be his trainer or something to make a severe comeback. Naaaa gonna drink a couple reebs..snipe..you know

In all seriousness though shit went sour with Mike and that shit happened for a reason the way it did.

He’s a proven player that “knows what it takes to win.” That’s being honest too. But I hate that fuckin sentence because all I heard during Chris Drury’s tenure with the Rangers outta Rosen’s mouth was “ohhh Joe he’s a proven winner.”

Couple 7-8 point nights for Mike and here we are now. He’s reunited with Wustin Jilliams. He and his team have a great shot of winning the Cup. Shit man, if only a couple hat tricks and a good celly got me a pro contract.

This is Ovechkin callin up Mike to come play in D.C.

Alex Ovechkin is fuckin good. Plain and simple. He scores highlight goals more often than not and I think we’re all so used to these by now. But, nothing pleases me more than him dancing around Devils defenseman and embarrassing whatever goal they have in net. Last year the Great 8 danced around Merrill and beat Schneider and it looked a little something like this:

And finally here’s what he decided to do last night to be his first goal of the 2015-2016 season. Already a goal of the year candidate.

Keith Kinkaid had no chance on that one.

It’s ok the Keith Kincaid from Bowfinger has some advice for you.

We aren’t stupid. Ovechkin, his new girlfriend and Justin Bieber are gonna get so goddamn drunk tonight its legitimately gonna be unbelievable. Every single post this motherfucker has posted it’s been in his native tongue. He knows it too. The only time he speaks in English he literally makes a post to shove it in our face to say he’s gonna party with the Biebs. He even throws in a “.. Haha” in there too. Christ. Listen everyone probably will have Bieber fever at some point in their life. I haven’t had yet but I’m gonna tell you, the Great 8 will tonight.
UPDATE: Ovechkin better watch out and make sure the Biebs doesn’t pull any moves on his girl. Leo DiCap strong armed the Biebs a month ago at party, prolly learned a thing or two from it. 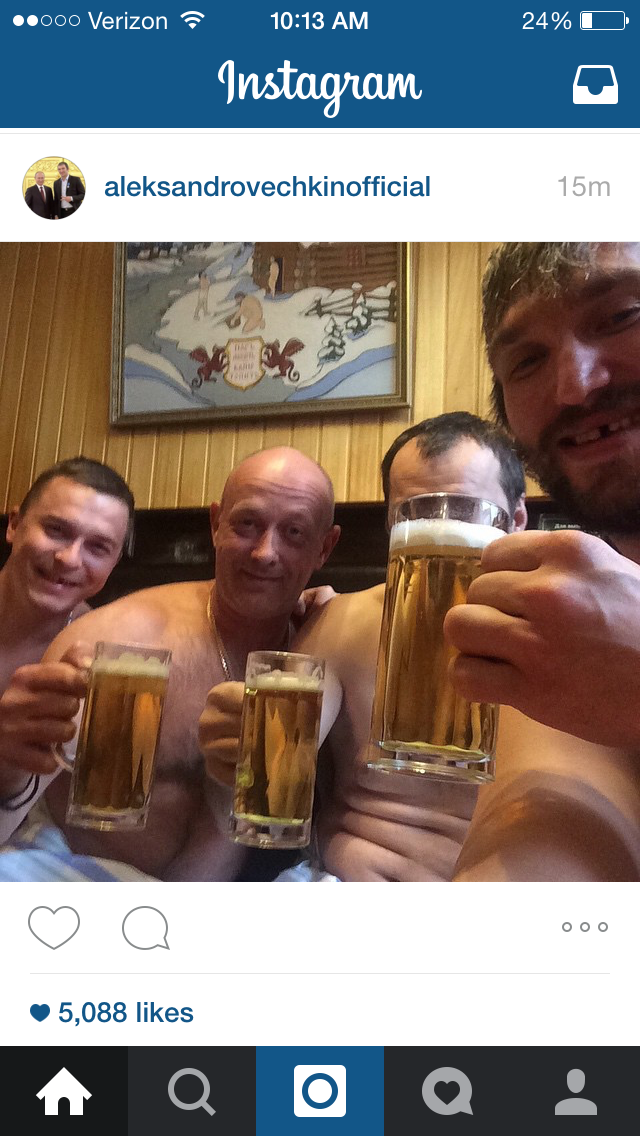 It was another underwhelming performance in the post season for the Great 8. It was also another  failure yet again to lead any team of his passed the second round of the playoffs in his 10 year career. He even had the Messier-like balls to make a game 7 guarantee victory.

He’s now taking time to reflect on what could’ve been: 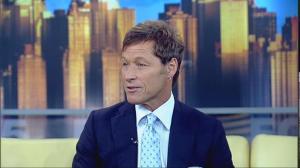 so you’re tellin me bon jovi will no longer be on ranger pre and post games?  the 80s are officially dead.  definitely waaayy over due but ya gotta respect the godfather of flow, a pioneer in the game of superb salad.  the only man in the game who could at any point rival jagr’s reign as hockey’s flowmaster, and had the staying power which both preceded and exceded jaromir. and my man’s wearin ties now.  welcome to life bro.   r.i.p. duguay flow, the greatest of them all. 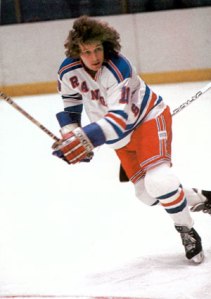 ps you’ll notice no capital letters were used in this post.  none will be used so long as the rangers are playing the caps. #nocaps

Possible series clinchers tonight with Chicago and Calgary. Going to be another very exciting night of playoff hockey.

Nashville’s only hope is if Carrie Underwood is present tonight. Also Fike Misher is in the same category as Dan Girardi for strong as fuck faces.

Gotta give credit to the barbarian Isle fans for keeping enough beer in their cup ’til the end of OT to even be able to accomplish this feat.  I need a longer clip here to see if he drank Long Island reeb right in their faces in celebration of the Cap’s OT victory off a Nik Backstrom GWG.   Drink up Brooks….btw your name is plural which is weird cuz you’re one singular person so clean that shit up.