From the Chicago Tribune:

“The players won’t like this, but I wish they all would stop growing beards in the postseason,” Lazarus said. “Let’s get their faces out there. Let’s talk about how young and attractive they are. What model citizens they are. (Hockey players) truly are one of a kind among professional athletes.

“I know it’s a tradition and superstition, but I think (the beards do) hurt recognition. They have a great opportunity with more endorsements. Or simply more recognition with fans saying, ‘That guy looks like the kid next door,’ which many of these guys do. I think that would be a nice thing.”

Ya know whats cool nowadays (and has probably jumped the shark)?  Beards.  Ya know whats always been manly as fuck?  Beards.  It’s called fashion Mark, look it up, and in hockey you simply don’t mess with tradition*.  Ken Morrow walked outta Lake Placid with gold in hand and into Nassau onto pro ice and said “fuck this shaving bullshit, I came to win.”  And unfortunately, that’s exactly what he did for 4 straight years.  Thus the full follicle tradition was born.  Seriously as the saying goes, “how do you shave your beard? YOU DON’T.”  So yea, I don’t think anyone’s about to listen to smooth faced Mark Lazarus of NBC.  Not to mention, last I checked Gillette, the best a man can get, is a long time sponsor of the League of National Hockey and I’m PRETTY sure you need facial hair in order to market such a product geared toward the removal of such.  Cross promotion BITCH, use your brain one time for me MARK.

Seriously, hockey’s a man’s game played by men, other than Sidney Crosby. 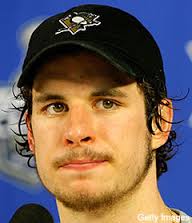 Just watch what he did this time. I got nothin. 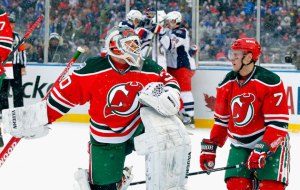 Fuck this guy. Statistically best goalie ever to play the game period, but has no class. He straight up blamed the ice conditions and everything else as to why his team got shallacked 7-3 at Yankee Stadium on Sunday. He’s been a whiner his whole career, never humble.

So you let up 5 straight goals as well as 3 goals on 3 shots because the ice was bad?

You’re team allowed like 6 different 3 on 1’s to occur in the game and scoring on 2 of them because of bad ice? Sounds accurate.

Tony nobody cares what you have to say.

Fat Amonte took a few shots at Hossa sayin his he doesn’t have the highest threshold for pain, it wasn’t right for the team not to come out with the injury and to keep it so secretive.

“Always hurt, he’s injured, he’s in, he’s out of the lineup. Just not a guy that plays through injury,” Amonte said Monday night. “At this point of the season, those are the guys you need.”

Yo Tony shut the fuck up bro, this is the yugs fourth appearance to the finals and already has a cup. You don’t have anything. You got traded the year the Rangers won the cup how does that make you feel? 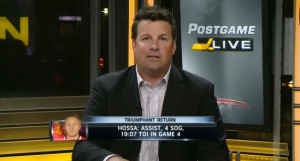 Hossa played last night: played more than 19 minutes on the ice, got a helper on Sharpy’s goal and he had four shots on net.

With that being said….

Well, after replacing Marian Hossa with Ben Smith who straight up didn’t take warmies and also after that mystery injury and alot of speculation, Hoss will be back in the ‘nup tonight. Tonight’s a must win for the ‘Hawks. Might sound crazy but it really is a must win, goin down 3-1 and possibly getting eliminated on home ice won’t bode will for Rocky Dubbs (Rocky Wirtz).

Getting the big dog back gives the Blackhawks a lot more options, I think they’ll definitely be better tonight.

The puck’s literally dropping in like 9 minutes soooo umm….

Because its the Cup.