Well if you’re a Ranger fan you’re probably very happy with the team’s performance tonight. They came out hard on the puck, pressured LA into turnovers and capitalized on chances even 200 feet away from the net. Brad Richards netted two and continues his strong start to the season and Ryan McDonagh got the insurance goal to put the team up 3-1 shorthanded when he fired the puck off the boards down the ice to what would be a routine play for a goalie like Quick, goes paddle down, puck bounces off his blocker and into the cage. That shit’s gonna be all over ESPN tomorrow dude good job. From one American to Another…don’t do that shit in the olympics this year because there are alot more Americans in this world than LA Kings fans alright buddy. So let’s call a spade a spade.

Like I said, if you’re a Ranger you have to be happy with the teams bounce back performance after that shit turnout in Phoenix last week. As a Ranger fan, it was shitty to watch because I think Phoenix sucks and I wish Shane Doan would just retire because he’s terrible.

With that being said, with Callahan back and the team settling into their new system I can’t help it but…… 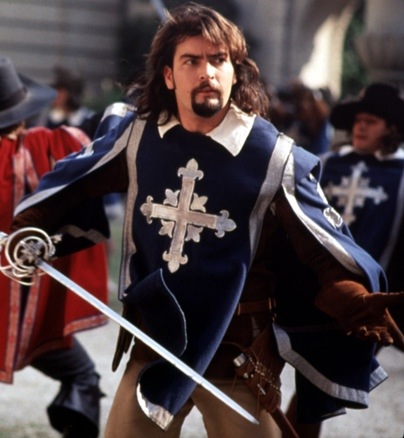 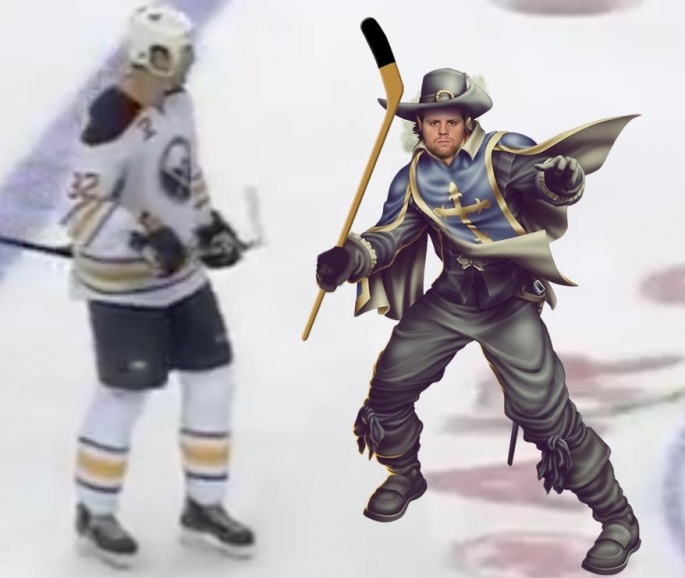 “I don’t care about that team. Who cares? My team is here.” 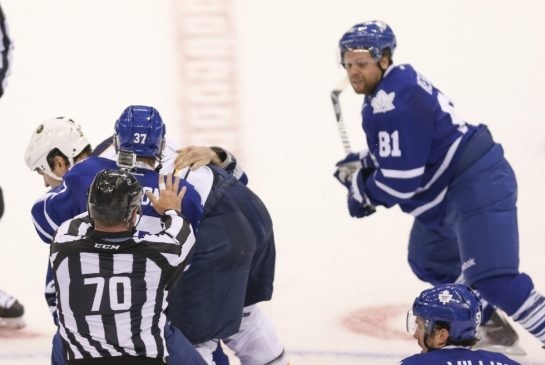 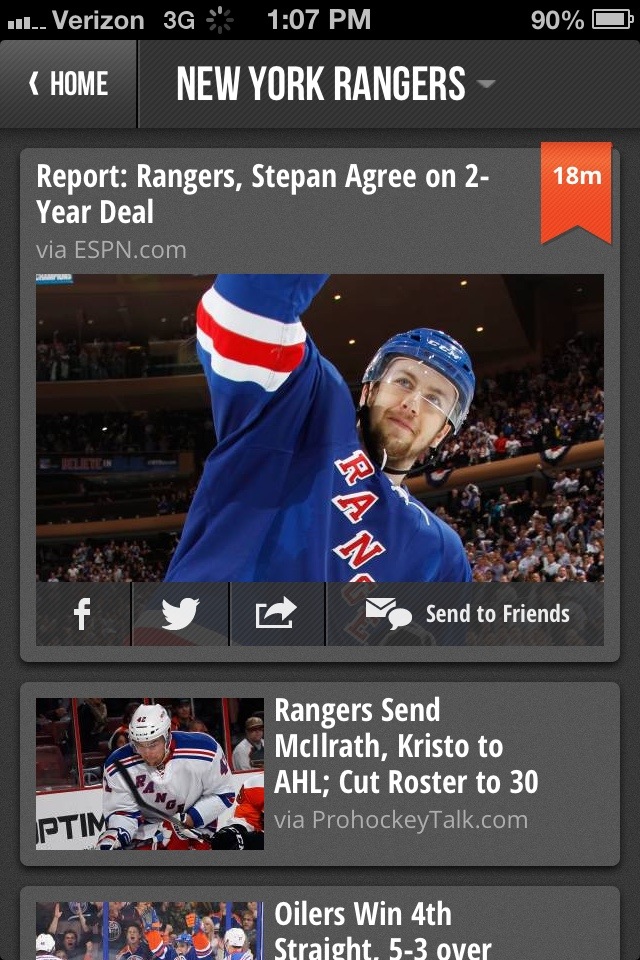 The face of every NYR fan after receiving such great news. 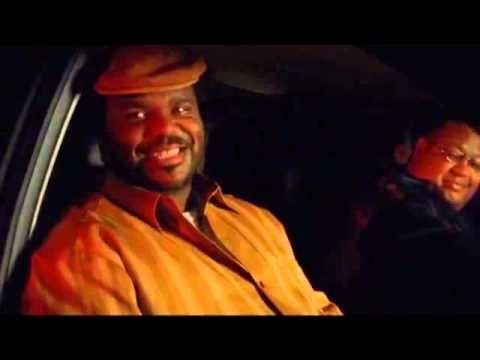 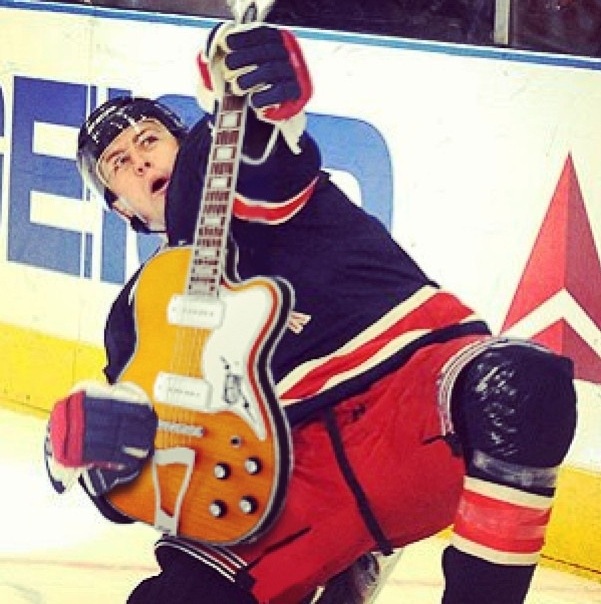 Everyone is as surprised as I am that it’s taking this long for Derek Stepan to sign a contract. Me and Doud have spoken about it often and the point that he made that nobody else in the world has thought about is that he’ll be signed at the end of camp. Seems that that will be the case as we approach the Octoer 1st season opener for the NHL. Same shit happened with Penalty Kill (PK) Subban; Montreal stood firm as fuck with their 2 year bridge deal and what do you know the guy got his big payday extension durin the season last year. Subban also had the best year of his career in 2012-2013.

Nobody should panic yet, Sather said some pretty righteous things during the Edmonton intermission the other night and we all Derek heard it. It’s only a matter of time til we see Derek’s name in the headlines that he’s reached a new deal with the Rangers. Until then…. 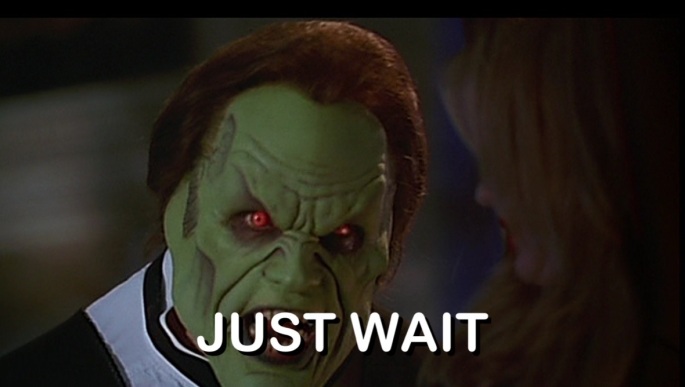 Today we have the guy who played Pollux Troy from the movie of the ironic title “Face/Off”, and ex NHL player Petr Nedved. Movie had nothing to do with hockey, it actually was about taking Nicholas Cage’s face and putting on John Travolta’s and vice versa.

It’s like a spot on resemblance. Pollux was such a coy prick, always had tricks up his sleeve and had his brother Castor (Nicholas Cage) tie his shoes for him.

Doud has two Petr Nedved jerseys, both of them are number 10.

I guess when Edmonton Oilers players get hurt it’s far worse than the average human’s injury:

A couple night’s ago Zack Kassian of the Vancouver Canucks went to make a check, missed but I guess felt inclined to do a spin move and swing his stick and while doing so smack Sam Gagner directly in the chops? Yeah that all happened, now Gagner has a weird lookin face and a broken waj. 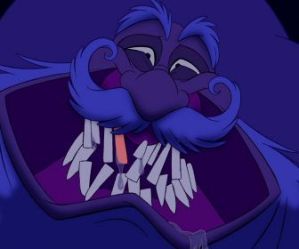 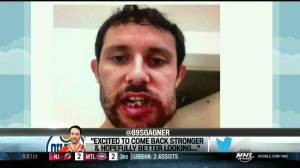 Imagine this happened to Gagner’s waj

Hopefully this exact scenario unfolds when Gagner returns from his injury…

Couple summers ago when the earthquake happened. It was like August 2011 and literally every tectonic plate in the galaxy this side of Orion’s Belt and Rip Torn’s secret intergalactic kegger that he said he didn’t throw, shifted.

At the time Doud and I worked together I walked into work and we did the predator handshake:

And as soon as we dapped – the earthquake hit Wayne, New Jersey. Our shelves and work benches were shaking. The whole room was shaking and we stood there with the look of euphoria on our faces. Our boy Phil was just in shock as well. So to this day I tell people Doud and I started an earthquake.

For the record, Doud is wearing a Pavel Bure Vancouver Canucks jersey in the photo above.