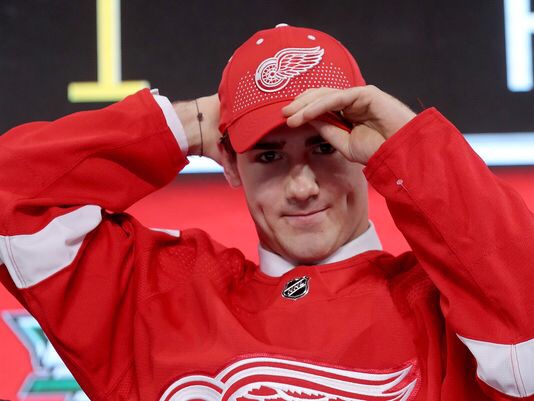 Bergervin not picking Zadina at third overall in the draft this past Friday is so Bergervin. Instead of the skilled goal scoring machine winger Montreal went with Jesperi Kotkaniemi to fill the void at center that the organization has lacked. Zadina then sat as three players were selected before him. And now Detroit is on the clock with the sixth pick in the draft. At this point I wouldn’t have been surprised to see Zadina not picked again but Ken Holland was intelligent and Filip Zadina was finally selected. Arguably the second-best goal scorer in this years draft, what a fuckin gift for Detroit.

Zadina was asked after he was drafted what he brings to the Red Wings organization:

“I bring the goals.”

If you’re the Red Wings you gotta love grabbing this player at the sixth spot and what he will bring to your team. With Zadina projected to have gone number three in the draft it would’ve been a no brainer for the Montreal Canadiens to select him right? Not if you’re Marc Bergervin.

Zadina had one message for the Canadiens and Senators for not picking him:

“I’m going to fill their net with pucks.”

Like the Senators don’t have enough problems. Well, consider yourself warned. 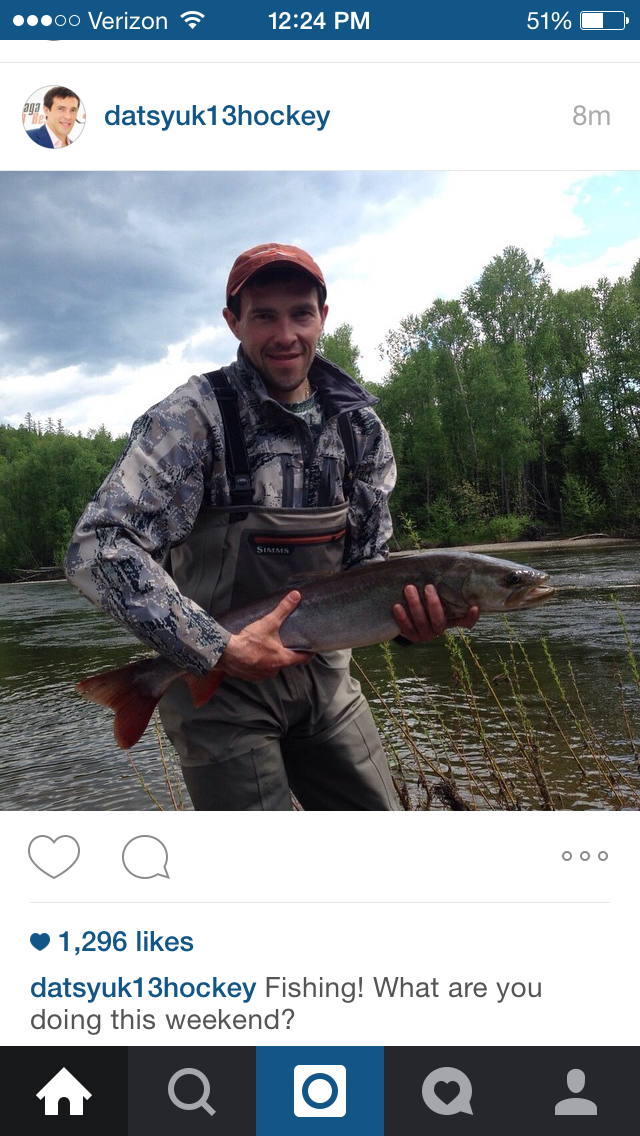 I wouldn’t take Datsyuk as an outdoorsy kinda guy. But it’s clear as day with his Duck Dynasty/Bass Master get-up that he’s got goin, I’m pretty fuckin wrong. Guy definitely does four wheeling through a couple pipelines when he’s got some spare time. Take a look at that fuckin fish he caught. I’m pretty impressed with that. Whatever water or vodka Datsyuk drinks he must’ve got it from Geno Malkin because 2 weeks ago Malkin caught this… 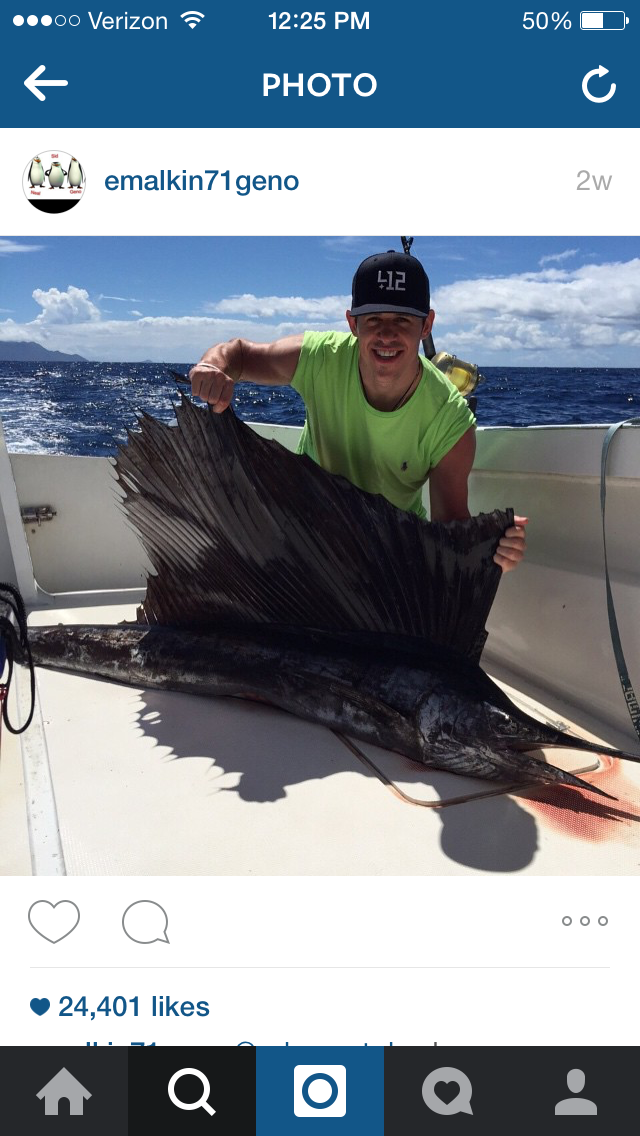 Literally move over Kevin Van Dam, Geno and Pasha will take it from here.


You’re lookin at the new head coach of the 2014-2015 laughing stock of the NHL: Toronto Maple Leafs

Buff Sabes and his now former Detroit squad were in the running, but eventually pulled out. Toronto threw an absurd amount of money and incentives at Michael and he gladly accepted. Cockbab’s deal is 8 years at an estimated $50 Million Dollars.

I eventually see this team being a good team, Michael will influence better drafting and will attract players to wanna go to Toronto. They are still in their rebuilding mode but if I were a Leaf fan I’d be borderline aroused knowing you have the best coach in the NHL on their bench.

Possible series clinchers tonight with Chicago and Calgary. Going to be another very exciting night of playoff hockey.

Nashville’s only hope is if Carrie Underwood is present tonight. Also Fike Misher is in the same category as Dan Girardi for strong as fuck faces. 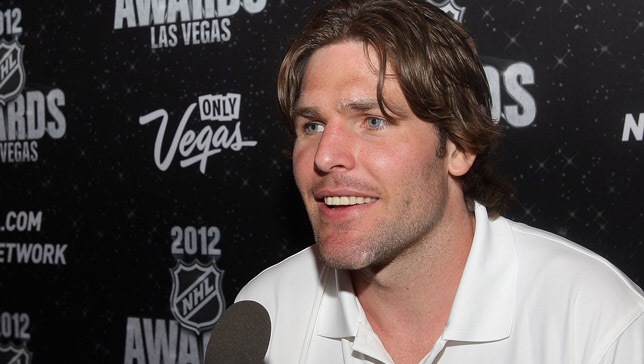 After never winning a Stanley Cup with the best team in league forever and missing the post season for the first time in God knows how long the inevitable happened: Woug Dilson will have a new coach behind the bench for the San Jose Sharks when next season starts.

It was deemed as a “mutual parting”. Whatever, he got fired pretty much. Todd lost the lockerroom. He didn’t like misplace it or anything, his players just kinda said fuck you after a while. Without naming names Thoe Jornton as well as Logan. Top yugs speakin out about their distaste for how shit’s goin.

Anyway Todd’s a really really good coach. He won Stan with Detroit and Cockbab as an assistant coach in 2008. Shortly after that feat he was hired as head coach in San Jose. He’s coached some of the best and premiere players in the league during his time in California. Multiple division titles, a lot of post season play and a plethora of playoff exits. Joking aside, Todd is goin to fill a vacant coaching position quickly and will have an immediate impact.

It all starts with a campaign. I strongly suggest they use the idea of this video and send it around the league to the teams in need of a coach.

Last night Drew Miller from Detroit took a skate blade directly to the face from Stark Mone from Ottawa. Sliced him up pretty damn good. Very scary moment. Either way Drew’s gonna be rockin the salt and pepper look and gnarly fuckin scar. He legitimately looks like Zatch from one of my favorite 90’s movies of all time, Surf Ninjas.

Today is legend Gordie Howe’s birthday. Yug’s now 87 and still kickin it. To commemorate his number 9 everyone should drink for 9 hours straight or just have 9 beers today.

The 41 year old American defenseman retired a few years ago pretty much ‘cuz God told him to which is cool and all, but now after playin in the Red Wings’ Legends game prior to the Winter Classic a couple weeks ago it appears he’s rekindled his other calling of pro hockey.  Signing a deal with the ECHL’s Florida Everblades, Rafalski more or less quoted LL: “I wouldn’t call it a comeback right now…it’s just that God put it in my heart early/mid December to start skating again. I’ve said a constant prayer over that time, [while] at the same time getting back in shape and skating a little bit. Worse case, I get back in shape again. As far as anything else goes, we’ll see where it leads.”