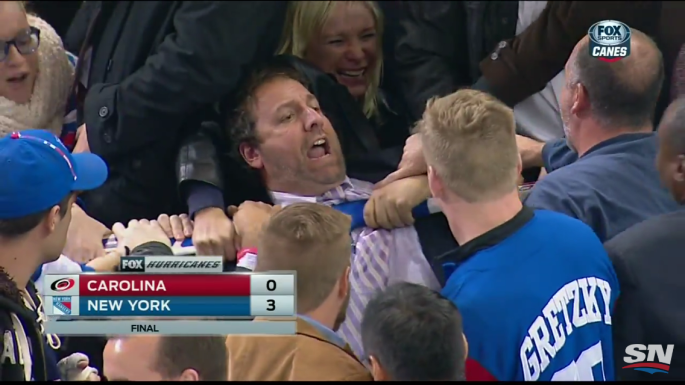 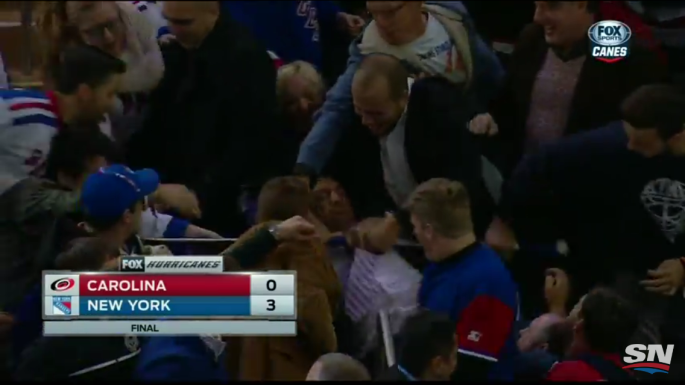 Another one in the books. The Rangers won their 6th straight last night, Nash scored a sweet fuckin goal and Hank was setting records and adding another shut out to stats. After the Rangers rejoiced because of another victory Hank was named number 1 star of the game and he tossed his stick into the crowd for a lucky fan to have as a souvenir. Then all hell broke loose.

Me and my fiancé’s brothers were watching the game and we caught this war live I thought I had heart palpitations I was laughing so hard at this. So glad it made its way onto the Internet. 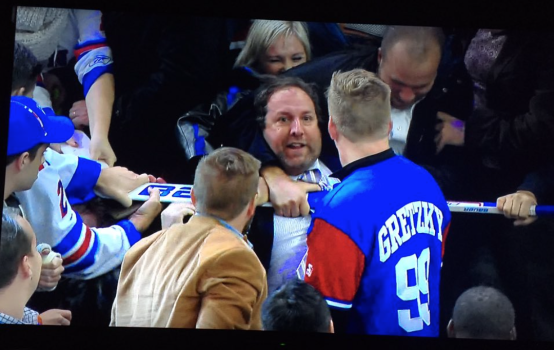 This guy was gonna do whatever the hell it took to leave MSG with that staff. I wonder what was going through this guy’s head at this very moment? He may have thought that this was it.