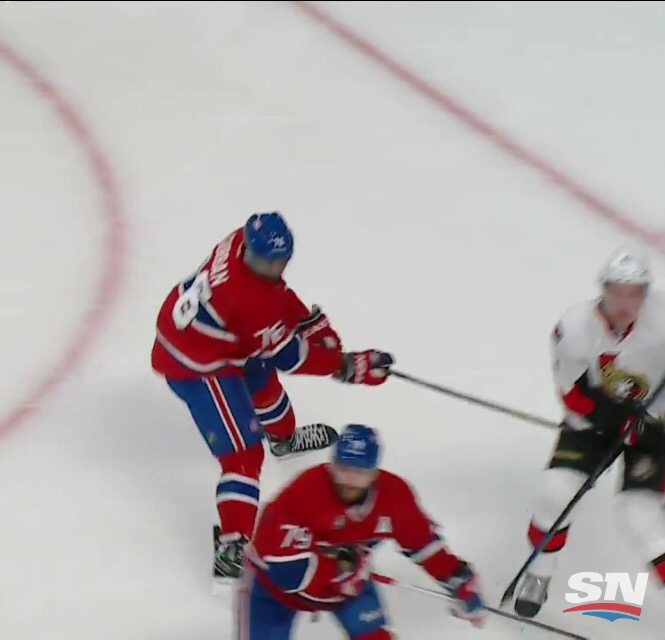 Well the Stanley Cup playoffs started off flashy that’s for sure. We already have game ejections, missed calls, and a double OT to start off the best time of year.

First things first, whether or not anyone agrees or disagrees on Subbans ejection for slashing, we should all be able to agree on one thing. The slash was completely unnecessary. Literally nothing accomplished there. It was obvious and away from the play. Get your shit together Subban. You slashed the guy and then stomp your feet like a child wanting him to be called for diving. Grow up.

Secondly, Lars Eller flat out butt-ended Zibanejad. Should be suspension worthy. Probably won’t though because it’s Montreal. Either way, the Montreal/Ottawa series has potential to be a blood bath and I cannot wait for them to kick the shit out of each other.

Out in the west, we were graced with two exciting hockey games. A double OT in Nashville and a game winner scored in the last 30 seconds in British Columbia. Both games ended with blasts from the point, but there were probably riots again in Vancouver. Canada, man. Always going nuts.

Isles picked up a W last night. Didn’t get the chance to watch the entire game but from what I saw, the isles are picking up their game.

We have a bunch of great games on tonight, so grab a few beers with your buddies, and enjoy the quest for the greatest trophy in sports.