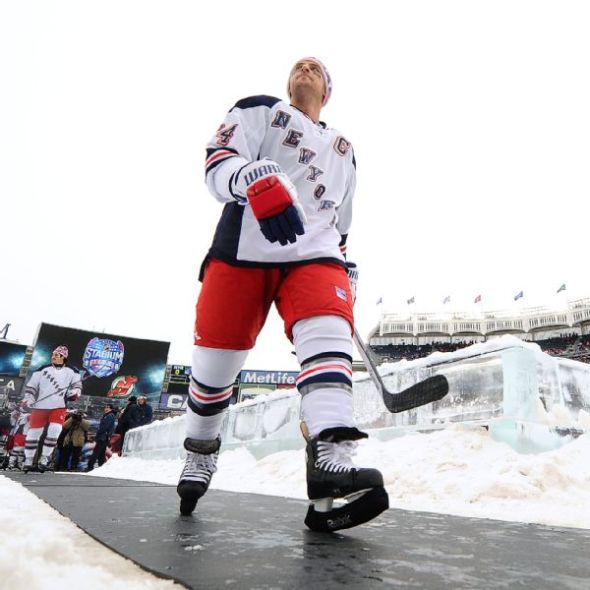 Yes, Ryan Callahan is our captain and sets the tone for hard working, sacrificing the self for the team mentality that has permeated each Rangers team since his arrival on Broadway.  As an impending Unrestricted Free Agent, however, Glen Sather CAN NOT give in to the exorbitant demands of a glorified third liner.

What does Cally do well? Lays his body on the line every night, every play; blocks shots with reckless abandon; consistently leads team and league in hits; stout in all three zones, especially along boards in neutral zone to thwart enemy rushes as well as on the forecheck; unequivocal leader in locker room.  He’s one of those players with great intangibles that teams covet for championship runs.  These are all talents that have justified the ‘C’ on his chest and got him a spot on the USA Olympic squad (we’ll see how such talents parlay on to the bigger ice).  Then why run him out of town?  As an impending UFA who is searching for a long term deal for big money, you simply can not commit the 7 years and large cap hit he desires to a player who is constantly on the IR, does not put up big points, and is undersized.

For a team that was man handled and out classed by the bigger, faster Bruins in the Eastern Conference Semi’s last spring, Glen Sather has an opportunity to upgrade his club on the ice by bringing in a cheaper, younger, bigger power forward with big offensive upside in the form of Chris Stewart of St. Louis, who although has been inconsistent this season on a top team will likely benefit from a change of scenery into an offensively flowing team such as the Rangers under Alain Vigneault.  Another option would be Jamie McGinn in Colorado, an even younger player who fits the same mold. Fact is, despite the Rangers’ recent surge, they’re doing it on the backs of miniature Mats Zuccarello, here and there center Derrick Brassard who has never been one to throw his body around, and the ever soft and inconsistent Benoit Pouliot.  they need size and skill to go up against Boston and Pittsburgh.

Now if by some miracle Captain Cally gains rationality comes down on his demands before the trade deadline, by all means re-sign him and keep that leadership in the room.  But what exactly has the leadership in the Rangers’ room ever won?  At some point during the 7 year term of Henrik Lundqvist’s newly minted deal this team needs to become a champion, and as currently constructed it can easily be argued that this rangers team lacks certain tools needed to bring the elusive Stanley to MSG.  Sometimes you have to give to get.