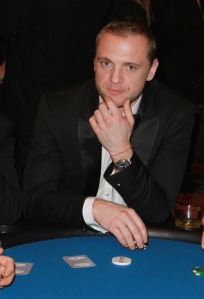 The way ‘Rik operates is: On year, Off year, On Year, Off Year…you get the picture…well October will most likely begin his predicted “On Year”. He’s now on a new team, in a contract year, in a new division as well as new conference. He’s 31 years old. He’s in his prime. The poor guy got benched for missin a penalty shot last year in Montreal. For godsake this a guy who scored 40+ goals two times in three years in New York City no less. Come on. Now Alain is runnin that bench with a new system in place that focuses more of an offensive game BUT still being defensively responsible, you kinda wish ‘Rik was still wearin that Blue Sweater but not the one that had his name plate stitched on in Ohio. Gonna suck when he does this Hank and the 15 other teams in the East this year: